Marotta has insisted that the club “follow” Bellerin, who is expected to leave Arsenal this summer with Serie A and a return to his native Spain, which Football.London sees as a top target.

The Italian champions are clearly looking to reinforce the full-back following the sale of Achraf Hakimi to Paris Saint-Germain, while another influential player returns to England in Ashley Young.

The Nerazzurri have already recruited Matteo Darmian, who can play on either side, but Marotta’s comments on Bellerin seem encouraging more full-backs to be watched.

The Inter Milan boss also responded to a question about Alex Telles amid speculation the Brazilian will leave Manchester United after playing a sporadic role in his debut season.

Marotta refused to “rule out” the “possibility” of bringing Telles to Milan.

Inter-CEO Marotta to Sky Sport: “Hector Bellerin is a player that we follow … but I can’t say more. Alex So? I can’t rule out this possibility, but we’ll make our plans and we’ll see. We now plan to keep our best players after the Hakimi sale. ? #Inter #AFC #MUFC 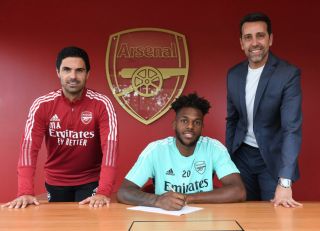 Given the intense comments suggesting this summer will be Bellerin’s last in north London, reaching for Arsenal’s man could be a lot easier for Inter than trying to lure United’s Telles.

Bellerin appears up for a new challenge and the Gunners appear to be on the same page as they move on from the longtime ace they brought to the UK as a teenager.