The Daily Mirror said the La Liga champions are facing another offer from Man Utd for Trippier and this could lead Diego Simeone’s side to look for a potential £ 25m move for Aarons.

The talented young defender has shown immense potential in his short career so far and he could be a good addition for £ 25m which should be a great investment in the end if he reaches his full potential.

United will no doubt be interested in this development and Atletico may be preparing for Trippier to move on as they look for players to take his place. 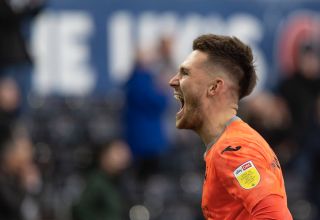 The Red Devils would do well to get Trippier to offer Aaron Wan-Bissaka more competition and to give Ole Gunnar Solskjaer a more offensive option in this area of ​​the pitch.

Offensive full-backs are becoming increasingly important in the modern game, with Liverpool and Manchester City’s recent successes thanks in large part to players like Trent Alexander-Arnold, Andrew Robertson and Kyle Walker.