We often hear that a new signing could give an existing player a much-needed kick in the buttocks, but football politics right now dictates that when money is being spent on a player, he will have all sorts of opportunities to prove himself.

That wasn’t exactly happy for Alex Telles last season at Man United, and it was just because Luke Shaw took his game to the next level and became one of the first names on the team roster.

It does mean, however, that Telles could be looking for an exit this summer as it won’t be more than a backup, so moving to Roma with Jose Mourinho may have made sense:

AS Roma are interested in Alex Telles as a possible new left-back. Roma want him on loan to replace Spinazzola, Manchester United have no intention of accepting a loan as of today. ??? #ASRoma @DiMarzio

Deal is considered “complicated” as of today – Roma will try in the next few days.

He will have a good salary at Old Trafford and it would take a decent fee too so making a move has always been difficult while a report from Football Italia suggests Roma have moved on to another destination.

They claim the Roma have increased their offer to € 12.5m as they hope to sign Matias Vina from Palmeiras and an agreement is believed to be near so now he is like the most likely signing for Jose Mourinho looks like. 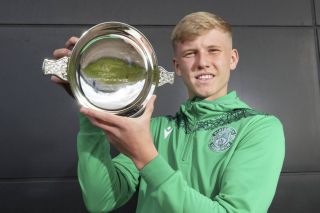 Man United also have Brandon Williams as a left-back option, but he could really use an entire season as a starter at a good level on a loan, so it looks like Telles is still doing it unless it comes in strong offer.