Jürgen Klopp has admitted that he would be “surprised” if either Virgil van Dijk or Joe Gomez were fit enough to take part in the next Liverpool friendly against Mainz.

The Reds started the season preparation on Tuesday with two 30-minute friendly games against Wacker Innsbruck and Stuttgart, both games ended in a 1-1 draw.

Divock Origi and Sadio Mane were the goalscorers, with Ibrahima Konate and Ben Davies making their first appearances as central defenders for the club along with a few young players.

Konate and Davies were signed following Van Dijk and Gomez’s long-term injuries, but the two are now back in training and have participated in team exercises in Austria this month.

But their absence against Wacker Innsbruck and Stuttgart was telling as Liverpool’s medical staff had yet to deploy either Van Dijk or Gomez – and they are unlikely to face Mainz on Friday.

“It would be a surprise for me too,” Klopp told LFCTV.

“They looked really good in training and yesterday was the first day they did very complex things, usually it’s either offensive or defensive and all.

“We have to get there step by step, but I’m not expecting them for Friday.” 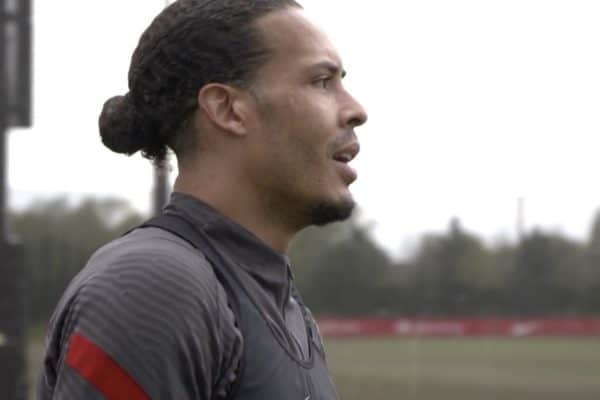 With Van Dijk and Gomez still out a little over three weeks before the Premier League season starts, there will be real doubts about their engagement against Norwich on August 14th.

By then, Liverpool have at least four more friendlies ahead of the season, with the duel against Mainz, followed by matches with Hertha Berlin (July 29), Athletic Club (August 8) and Osasuna (August 9).

The hope is that they can play in the last three games, and if not, Konate and Joel Matip could have the opportunity to start on Carrow Road next month.