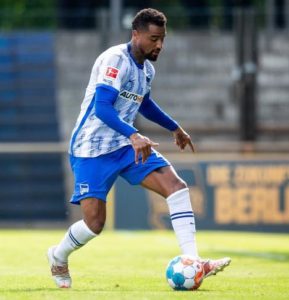 The Ghanaian international Kevin-Prince Boateng was in action for Hertha Berlin last Wednesday when the team drew 4: 4 against Hannover 96 in a pre-season friendly.

The veteran striker made a sensational return to the German Bundesliga last month, where he signed for his youth club.

Due to his age, he was often allowed to train alone so as not to be overloaded with stress.

He was called in last week when Hertha Berlin signed Hanover in a test match to prepare for the season.

For the first time since his move to the German Bundesliga club, KP Boateng lasted 60 minutes in the game against the lower division club.

He looked sharp in most parts of the game and was key to his team as it ended 4-4 in what ended well for both teams.

KP Boateng will play a key role at Hertha Berlin in the coming season, and his experience is expected to come in handy.