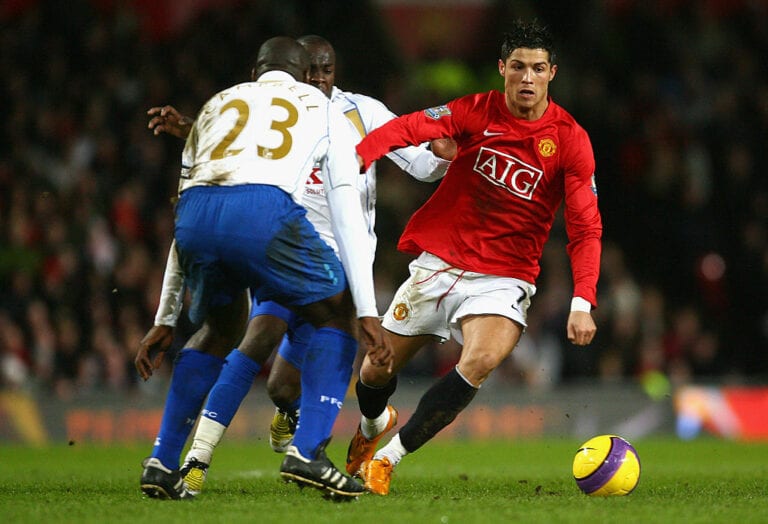 Since Cristiano Ronaldo left Manchester United, the Premier League has missed the star with no signs of regret. They obviously want him to return to English football in the last good years of his professional career. Of all the amazing moments he delivered as the Red Devil, the period between 2007 and 2009 was the greatest at Man United. Many great goals can be counted from Ronaldo but he was at the forefront in his free kick game during that time.

We don’t know what has happened to him lately, but back then his standards were unstoppable. In fact, the Premier League remembers one of its best goals at every opportunity. Some even dared to call this the biggest free kick in tournament history. They decided to upload a video from every possible angle, reminding us that he might even have scored the greatest free kick in football history. If you don’t believe us, allow us to prepare the historical moment to paint a better picture.

That goal came during the most successful season of Cristiano Ronaldo’s Manchester United career. Back then he won the 2007/08 Champions League. Old Trafford was packed to get a glimpse of the best player in the world during that era. This was before Leo Messi started playing at a similar level to when Ronaldo was ruling world football. Every time a foul was committed outside the box, all defenders trembled. They were aware of Ronaldo’s impressive clout.

During this era it was widely reported that Cristiano always stayed after each training session to practice his free kicks. David James was reportedly in tip-top shape too, but he got front row tickets for that amazing goal. You can’t see Ronaldo hitting the ball at first glance, but this all-angle video gives you a better idea of ​​how impressive it really was. We urge Cristiano to stay with Juventus after training so he can bring these beauties back from the dead. Enjoy!