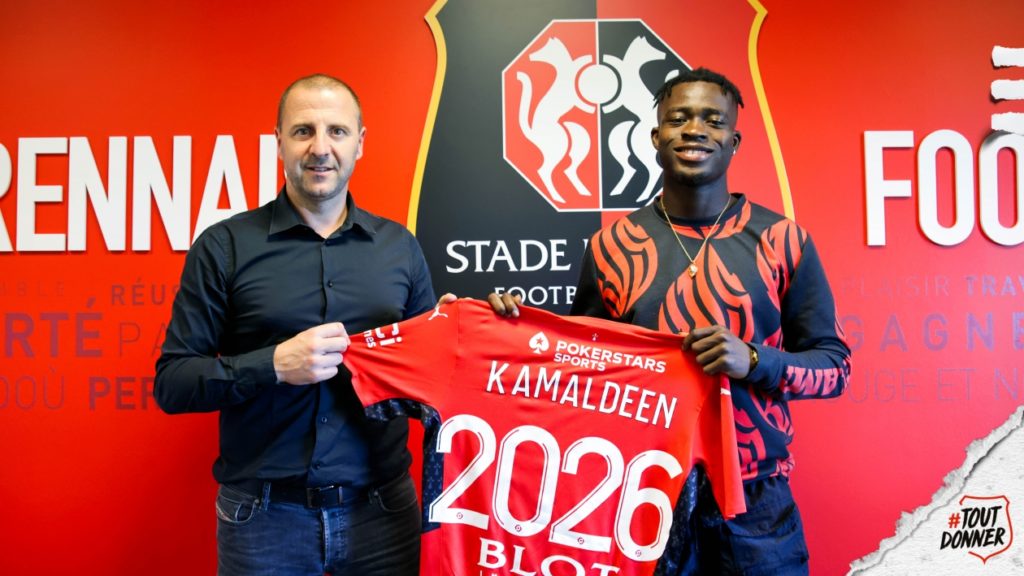 The 19-year-old signed a five-year deal to move from Danish club Nordsjaelland to the French club worth 21 million euros.

The deal is a cash-only deal that brings Nordsjaelland an immediate € 16million with an additional € 5million depending on the winger and striker’s appearances for the French team.

He was the fourth Ghanaian player to join Rennes after joining. Asamoah Gyan, John Boye, and John Mensah all played for the club.

JE Sarpong, who spoke to Bryt FM from Koforidua, rated Kamaldeen’s move as a good career decision and helped him follow in the footsteps of Ghanaian legend Asamoah Gyan and gain fame.

“Asamoah Gyan and other Ghanaian players started there and I think he’s following in their footsteps,” Sarpong told Bryt FM.

“Ghanaian players usually play for Rennes because they value Ghanaian talent. So I think it’s a good thing on the player’s part not to secure a move to a bigger team.

“I think Rennes will help him [Kamaldeen] and he will be able to learn a lot there in the future. I think it’s a good choice for him and the club can help him develop into a world star.

“Kamaldeen is very young so he will do well at Rennes. Had he joined a club like Liverpool, he would have had a hard time and is just loaned out.