The Reds are currently in the process of completing their preparations for the next test match in preparation for Mainz.

Since Klopp and his team are traveling to Grödig on Friday, they completed one of their last training units of the week in their training camp under the Alps, including Virgil van Dijk.

Toure, who now works as a trainer for Russian, was our guest in the morning FC Akhmat Grozny, with the 38-year-old observing the training and having conversations with Klopp.

The ex-City midfielder, whose brother Kolo spent three years with the Reds and played 24 games for the current manager, posed for a series of photos with the Liverpool squad, including Van Dijk, Sadio Mane and Mohamed Salah.

“Top manager and what a humble man, I really enjoyed my time with you, coach Klopp and the boys here today.” 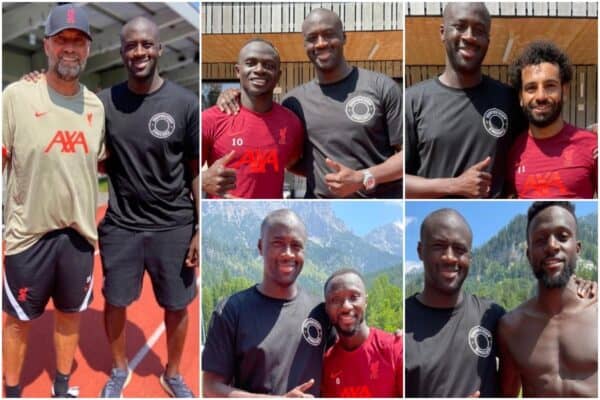 Akhmat described it as an “exchange of experience”, with Toure undoubtedly taking notes from Klopp’s work with the Liverpool squad and the session in the Austrian sunshine.

The Russian club is at the end of its pre-season tour through Germany and Austria and will start the new league with Krylya Sovetov on Sunday.

Toure joined Akhmat’s coaching staff earlier this month after leaving a position as assistant coach at Ukrainian club Olimpik Donetsk in May.

As a player, he played 13 times against Liverpool, with five wins, three draws and five defeats, with no win against Klopp’s team in three Premier League matches.