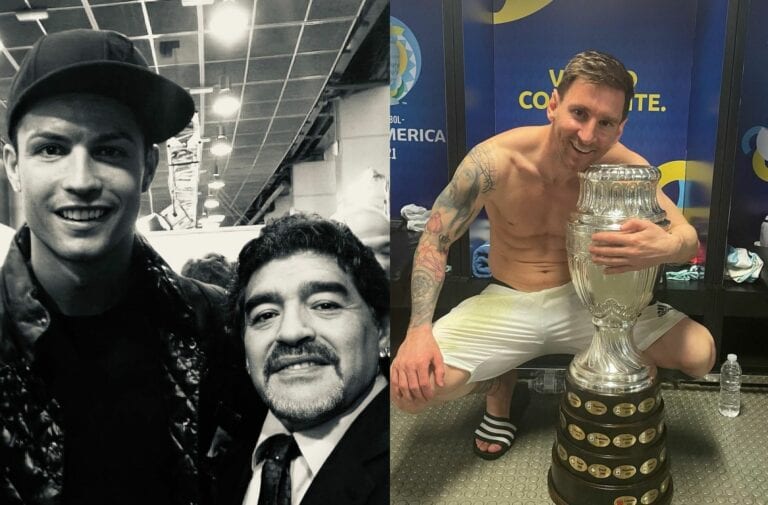 Cristiano Ronaldo just loves to break old records and set new ones on the pitch – and off the pitch he’s no stranger either.

It wasn’t until the beginning of this year that Ronaldo became the first footballer in history to be rewarded in cryptocurrency for his career achievements when he received 770 crypto tokens in honor of achieving 770 senior career goals.

CR7 enjoys unprecedented popularity among athletes online and has over half a billion followers on social media platforms. Not so long ago, he made history by becoming the first person to reach 300 million followers on Instagram.

So it’s only natural that his social media posts should have tremendous reach.

In November 2020, the Juventus superstar made one post on Instagram that became the most popular Instagram post of all time by an athlete. The contribution in question with 19.8 million Likes At the time of writing, it was his tribute to Diego Maradona following the Argentine’s death.

However, Lionel Messi has now managed to surpass his longtime archenemy with a post related to his recent Copa America triumph.

Messi posted a picture of himself holding the Copa America trophy on Instagram with the headline: “What beautiful madness! That’s incredible! Thank you God! We are the winners! “