PSV Eindhoven right-back Denzel Dumfries has emerged as a primary target for Everton. 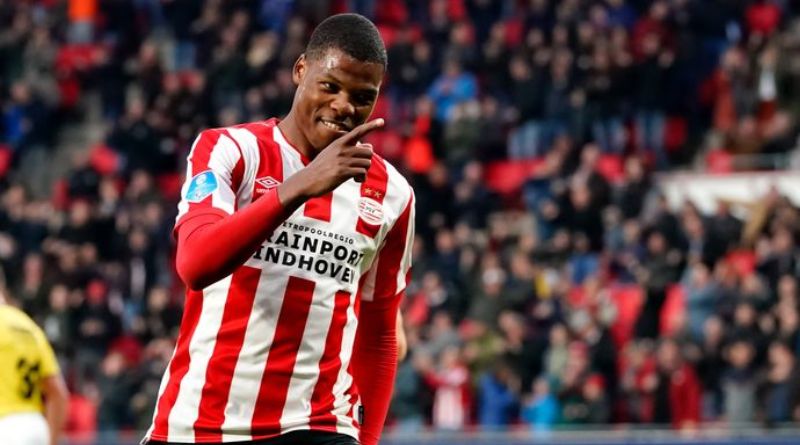 Denzel Dumfries, 25, was one of the top Dutch players at Euro 2020 and scored two goals. The Dutch had a frustrating European Championship season when they were eliminated in the round of 16 after a shocking 2-0 loss to the Czech Republic. However, the 25-year-old right-back has done well in the games he has played.

The Dutch international will leave PSV Eindhoven this summer, although Serie A defending champions Inter Milan would also like to secure his services. Everton are looking to sign Dumfries as they enter the rebuilding phase after Rafael Benitez was named their new manager.

Former Liverpool manager Rafael Benitez, 61, made a big splash when he agreed to join Everton. The Spanish tactician knows the size of his job at Goodison Park and has to deliver the goods right from the start in order to win the hearts of Everton fans.

After an overwhelming 10NS Although Benitez started last season very well in the Premier League table under former coach Carlo Ancelotti, it is expected that he will fight for a top six finish in the 2021/22 season. And in order for the Toffees to move up the table next season, he’ll need to add some quality additions to his roster.

Rafael Benitez needs to step up his backline

Benitez hasn’t signed a single deal since his controversial move to Goodison Park. The 61-year-old coach has a reputation for working well on a tight budget and getting the most out of the players in his squad.

The center-back division is one that the Royal Blues need to bolster after conceding 48 goals in the 2020/21 season. People like Yerry Mina, Michael Keane and Mason Holgate couldn’t convince at all and are unable to bring Benitez’s side forward.

That just leaves a lot of room for improvement in this position and Benitez would be wise to sign a center-back in this current transfer window. He’ll also have to bring on a new right-back, with Ancelotti calling in Ben Godfrey, Mason Holgate and even Alex Iwobi as right-backs last season.

Seamus Coleman and Jonjoe Kenny are the natural right-backs in Everton’s current squad, with the latter returning to Goodison Park earlier this summer after being on loan from Celtic and Schalke for the past few seasons. So it remains to be seen if Kenny will be part of Benitez’s roster for the upcoming season.

Not to mention, Coleman is 32 and his injury record is not promising. Even so, it is vitally important for the Merseysiders to sign a new right-back to compete and fight with Coleman from next season onwards.

Denzel Dumfries could be a solid signing for the Toffees

Denzel Dumfries was excellent for PSV Eindhoven last season and did very well for the Netherlands at Euro 2020. At 25, the Dutchman is ready for a big change. He has played in the Eredivisie since the beginning of his career at Sparta Rotterdam in 2014 and has grown enormously in stature and self-confidence since then.

The offensive right-back would be a valuable long-term asset to Everton’s defense if he were able to repeat the same form he’s shown for club and country in recent years. So it would be great if Benitez succeeds in luring Dumfries to Goodison Park this summer.