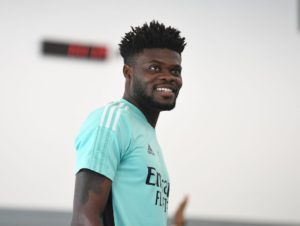 The Ghanaian international, who joined the Gunners with high expectations last season, was left behind due to injuries.

Arsenal triggered the 27-year-old’s release clause to secure his services from Atletico Madrid.

Despite last season’s struggles, Wilshere believes Partey’s qualities will never be questioned and believes he will do well this season.

“I like Partey,” he told Highbury Squad. “I think there’s more to come from him. He had ups and downs last season.

“But I think he’ll do well this season. He’s a really good player.

“I’ve played him a couple of times and he’s very good,” he added.