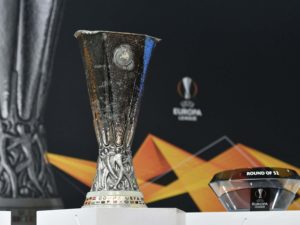 SuperSport viewers in Ghana on GOtv can look forward to the action on the first day of the UEFA Europa League, which will take place on Wednesday 15.

GOtv is the only true home of football in Africa and offers a range and depth of action that no other rival can match with its literally “unbeatable football”! If you spend your money on something, it might as well be on the best football in the world.

The group stage started on Monday, September 6, with Galatasaray – Lazio and Lokomotiv Moscow – Olympique Marseille (due to scheduling reasons), while Spartak Moscow will host Legia Warsaw on Wednesday, September 15.

Thursday, September 16, will be a busy evening across Europe with 13 games. The choice is definitely the meeting of Leicester City and Napoli at King Power Stadium to kick off Group C.

“The English teams are very difficult but we will accept the challenge,” said Napoli coach Luciano Spalletti. “We have made progress so far this season and our performance in the Europa League will be another benchmark.”

West Ham United and its fans will be thrilled to return to European competition and manager David Moyes is looking forward to the experience – which begins with a trip to Croatia against Dinamo Zagreb.

“We’re really excited. We watched the draw and watched the teams come out of the pots, the biggest thrill was seeing West Ham in one of the pots, back in Europe and hopefully bringing fans back to the games, ”said Moyes.

“Hopefully we can get them to both the away games and the London Stadium and this is a great opportunity for us. The players deserved it with their performances last year – they played so well all season and deserved a place in European competition, and rightly so.

The clash between PSV Eindhoven and Real Sociedad is another important duel, as is the Scottish giant Celtic’s visit to Seville to play Real Betis: “When you look at the caliber of the teams we’re going to play, I’m great excited, ”said Celtic manager Ange Postecoglou.

“Of course we missed the Champions League this year, but you can see the caliber of the teams in all the groups in the Europa League – there are fantastic opponents, ancestry, tradition and history. We will compete against it and I am sure that all the players and everyone in the club are looking forward to it. “

No rival can match the coverage of SuperSport. Our GOtv viewers enjoy an incomparable selection of soccer from all over the world!

Don’t miss the new football season at SuperSport on GOtv. Visit www.gotvafrica.com to subscribe or update and experience the excitement.