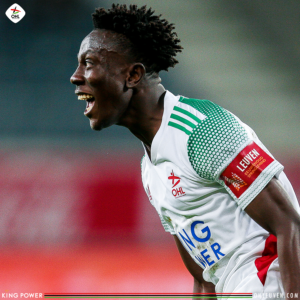 Right to Dream graduate Kamal Sowah made his debut for Club Brugge in the Belgian Pro League against KV Oostende on Friday evening.

Striker Kamal Sowah lost no time after his home debut to impress home fans in the game as he assisted Noa Lang on goal for the home team at Breydel Stadium.

In addition, another Ghanaian international, David Atanga, played the last 15 minutes for the opposing team and ended up on the losing side.

Club Bruges is currently number one in the league with 14 points after seven games.

Check out Kamal Sowah’s assist below: