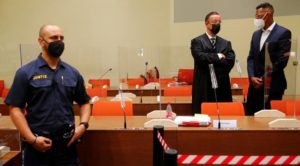 The former Bayern and German national defender paid dearly for the attack on the woman during a Caribbean vacation in 2018. The only positive thing for him is that he avoided a year and a half in prison

The attack with injuries to his former partner cost Jerome Boateng dearly. In fact, the Munich court sentenced the former Bayern defender (now at Lyon), 2014 world champion, to a fine of 1.8 million euros to be paid within 2 months (30 thousand euros per day): this is the maximum penalty economically, so the picture. Instead, the public prosecutor’s office had demanded a year and a half imprisonment and a fine of 1.5 million.

He beat up her partner by biting her in the head

Boateng was convicted of assaulting, punching, punching and biting her former partner in the head while vacationing in the Turks and Caicos Islands in the Caribbean in July 2018; he would also throw her on the floor and insult her.

The woman said that on the night of the attack, Boateng “pressed his thumb to my eye, bit my head and pulled my hair to the ground”. She also reported that the 1.90 meter tall Boateng insulted her again and again and hit her in the back with “one strong blow and several light blows. I lost my breath for a moment.”

The former international was convicted of injuries and misdemeanors. Boateng has denied all allegations, claiming that he never hit the woman who was labeled a “victim of domestic violence” by prosecutors. However, Boateng was also considered a “victim of their mutual toxic relationship”.