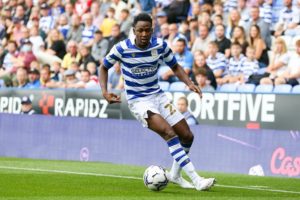 Ghana’s defender Abdul Baba Rahman was disappointed when Reading drew 3-3 in the English Championship against Queens Park Rangers on Saturday.

The 27-year-old made his debut for the Royals after joining them from Chelsea for a season.

Rahman had to wait for his first game after joining the club due to the FIFA World Cup qualifying for Qatar 2022.

He played the entire game and helped his club overcome an early own goal and score a 3-3 result with the Queens Park Rangers.

“Happy with my debut today [Saturday] but gutted we could not hold out all three points, “wrote Baba on his social media pages.

“We have to change that on Tuesday. The fans were also amazing right up to the end. “

Reading returned after losing a goal and took a 3-1 lead due to a hat trick from John Swift that included one goal in the first half and two in the second.