It was an achievement that could have seen more than just Liverpool’s three unanswered goals at Leeds, with Jurgen Klopp’s men lighting the afterburners.

It was, of course, clouded by the terrible injury to Harvey Elliott, who will now be out of service for the remainder of 2021, which is a huge blow to the Reds.

But the goals by Mohamed Salah, Fabinho and Sadio Mane would ensure that there is still something to smile about at the end of the 90 minutes on Elland Road, with the focus now on the Champions League.

Previously, Joanna Durkan of This Is Anfield (@JoannaDurkan_) is led by Danny Dwyer (@decayingcactus) to discuss the injury hit, the positive aspects of the win, and Mane’s form. 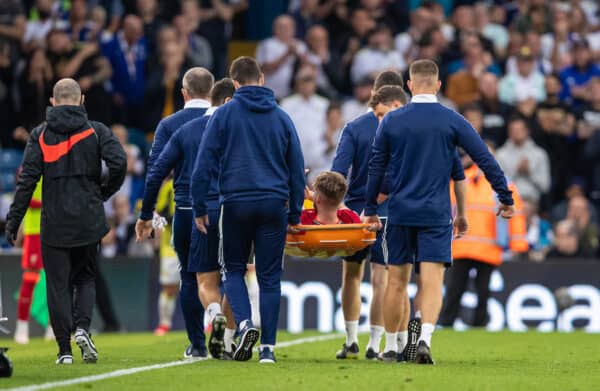 DANNY: I am devastated for him. This is a boy who shone in the championship on loan last year and only took a short break in the summer to get down to business and get into Klopp’s plans.

He succeeded and was chosen as a regular in front of full national players in our midfield. He looked great.

He worked so hard to earn his chance and this was his breakthrough season. That this will be snatched away from him and the likely upcoming Champions League debut will hurt him, but hours after his injury he showed how strong his mentality is.

JOANNA: It was a terrible feeling to just watch him be in obvious pain, and the reactions from those there reinforced what you immediately knew that it was a terrible injury.

As Danny rightly puts it there, the attempt to break into the team didn’t go unnoticed and it’s just one cruel blow at a time when his star was definitely sticking out of the walls in Liverpool.

Fortunately, he has youth on his side and he will be back. The response says a lot about Elliott as a person and his influence so far.

DANNY: It’s a big blow for us but it gives other midfielders a chance to show what they can do. For Oxlade-Chamberlain and Keita, it feels like a season or a break.

DANNY: The partnership between Matip and Virgil fills me with so much trust. Lots of excitement about signing Konate and the return of Gomez, and rightly so, both great players we will definitely need this year.

However, the quality of Matip is overlooked by some people. Coming back from a long injury himself and was immense.

JOANNA: The sight of Matip running out from behind is just a joy. His injuries always draw attention, but how he is still so underrated is a mystery to me.

His ability to disrupt Leeds man markings on numerous occasions was so important, but I would never have bet he would score a one-two with Salah on the edge of the area!

DANNY: But the combination of Thiago and Fabinho in midfield is also a force to be reckoned with.

Fabinho is the best defensive midfielder in the world and Thiago is one of the best technicians in football. If these two play together, we will dominate the midfield.

JOANNA: Can definitely repeat the thought on these two, they were superb. But I want a word on Trent aside from a few misdirected and misappropriated dead balls, he was brilliant.

He responded emphatically to the “You’re just a sc * t Kyle Walker” chant of the Leeds fans, shortly afterwards with an assist.

After a small jump last season he was consistent and calmed down any doubters who were still there.

And any mane worries? 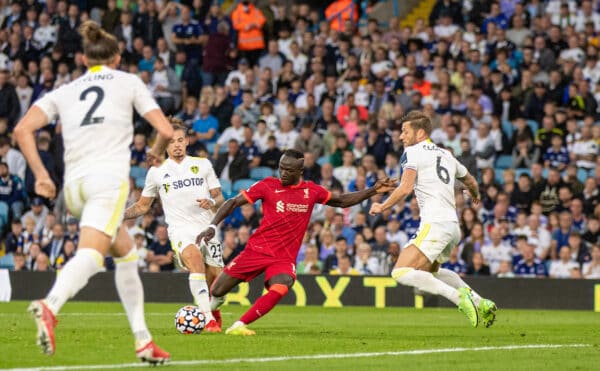 DANNY: It is clear that we lack a clinical edge, but all of our attackers often miss out on opportunities that would be expected of them. Mane was public that last season was the worst of his career. He knows he has to do better.

There was almost a laugh from him when he finally scored against Leeds, suggesting he isn’t worried and we shouldn’t be. I thought he was bad against Chelsea but he has played a lot better since the fans returned and will only improve as the season progresses.

He will be 100% a match winner on many occasions this year, as he always has been.

JOANNA: It’s the end product. The structure and the ideas are there, only the implementation really lets Mane down and has been for some time.

It hurt to see opportunity after opportunity missed, and you could feel it was a blow to his confidence that he didn’t need. Sometimes it was harder to miss, but he did.

I agree with Danny that the return of fans has had promising effects so far and that it is too early to make a final judgment.

There are plenty of cobwebs to clear for # 10 and with little competition for places at the top we need to get them out of the way as soon as possible.