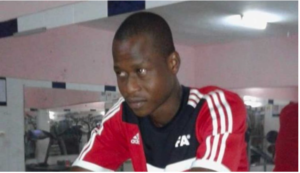 The Ghanaian champions will welcome the Guineans on Sunday 19th September at the Accra Sports Stadium.

The two teams were originally supposed to face each other in a duel, but a coup in Guinea nearly a fortnight ago forced the Confederation of African Football (Caf) to invoke their laws to make it a one-off game in the Ghanaian capital played.

Patrick Vlei, who became FIFA’s international referee in 2020, is supported on the lines by his compatriots Kouame Gabriel Kangah (Assistant I) and Kalilou Bamba (Assistant II).

Sekou Wieh Konneh from Liberia will serve as Match Commissioner, while Dr. Christiana Baah works as a COVID-19 officer.