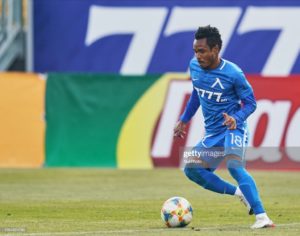 Bulgarian club Levski Sofia could lose their license by the end of the year if their financial troubles persist.

One of the players owed is the Ghanaian international Mohammed Nasiru. The attacker moved from BK Hacken to the Levski Club in 2019, but had to terminate his contract at the end of the 2020/2021 football season due to unpaid salary problems.

Although the club have attempted to sign the player’s camp into an agreement that would provide for a lower fee, it is believed they could be forced to pay BGN 850,000.

Failure to pay is likely, which will result in penalties and potentially causing the club to lose its license.

To make matters worse, the club owes another player and a former head coach.