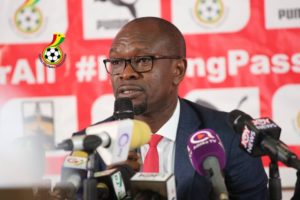 The Ghanaian Football Association (GFA) will pay CK Akonnor $ 275,000 after sacking him as the Black Stars coach on Monday.

Coach Akonnor replaced Kwesi Appiah and qualified the team for the Africa Cup in 2021. However, he had an unconvincing start to qualifying for the 2022 FIFA World Cup. He won 0-1 against Ethiopia and lost 0-1 to South Africa.

The 47-year-old was on a two-year contract with a monthly salary of $ 25,000. Several months are still owed to him, as the Minister for Youth and Sport reported in the previous month.

He won four or two draws and lost four of his ten games as a team leader.