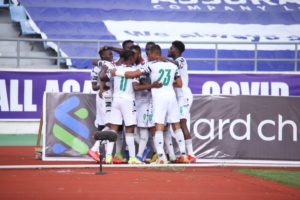 Arsenal midfielder Thomas Partey is delighted to score for Ghana in a 3-1 win over Zimbabwe in Saturday’s 2022 FIFA World Cup qualifying, but says the most important thing is the three points.

Partey helped his team to a comfortable win on matchday three of the World Cup qualifying at the Cape Coast Stadium.

“I feel good [about scoring] and above all because we were able to win the game, ”said Partey at the press conference after the game.

“The most important thing is to get the result after a tough day and we have to be happy.”

Kudus Mohammed scored in the first five minutes and earned Ghana the lead.

Though Knowledge Musona would equalize from point to level for Zimbabwe, Thomas Partey and Andre Ayew later equalized for Ghana to take an important 3-1 win at the end of the 90 minutes.