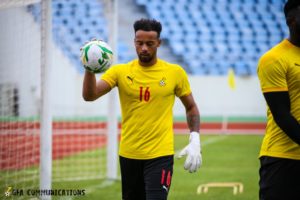 The 25-year-old showed an impressive performance as Milovan Rajeva’s side secured a 3-1 win against the Warriors at Cape Coast Stadium.

Wollacott started with a goal following the absence of Richard Ofori, who had been out due to injury in the past four weeks.

“A dream come true to make my international debut for @ghanafaofficial 🙌🏽 thank you all for the support,” he wrote on his Twitter handle.

He is expected to play against Zimbabwe on Tuesday in Harare on the fourth day of the 2022 World Cup qualification.