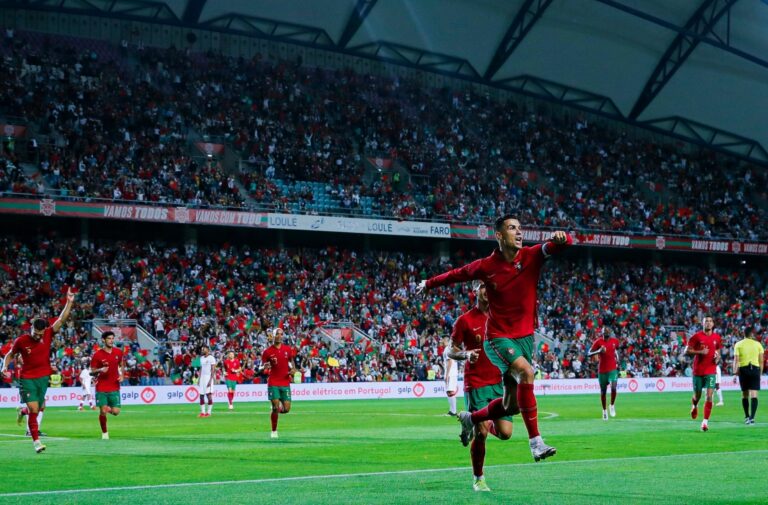 The Portuguese captain won his 181st international match in a 3-0 friendly against Qatar on Saturday, pushing himself out of the all-time rankings ahead of Ramos, who made 180 caps for Spain.

Ronaldo celebrated his milestone evening in style by scoring his 112th international goal, putting Portugal ahead. He left the field for national player Rafael Leao at halftime.

Jose Fonte and Andre Silva added two more goals later in the second half to seal a solid win for Fernando Santos’ men in the Algarve.

Portugal return to their World Cup qualifier against Luxembourg on Tuesday. If Ronaldo plays, he will play his 182nd international game – just 13 caps behind the world record set by Malaysian player Soh Chin Ann in 195.

Top 10 European men’s players with the most international matches