Xisco Munoz was released from his duties as Watford coach and replaced by former Leicester man Claudio Ranieri. 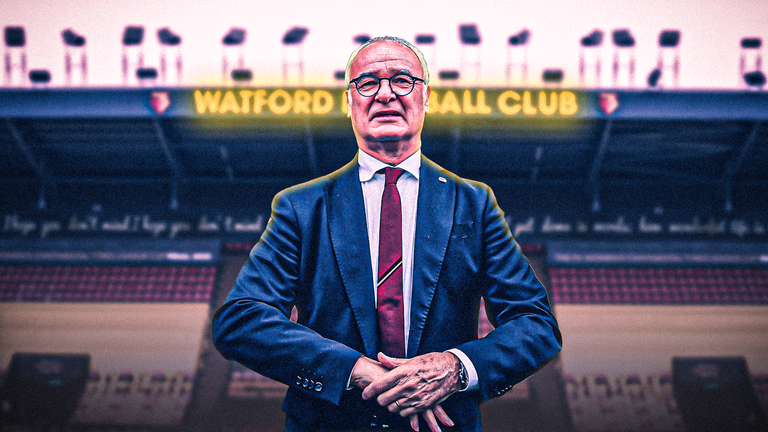 This came as a shock to many as Watford had an impressive start to the season with 2 wins and one draw against Wolverhampton Wanderers and Aston Villa.

The biggest surprise is that Watford only had £ 5,000.00 net spend, leading fans to question Xisco Munoz’s sacking relative to their league position. However, due to his impressive résumé, Ranieri has landed a two-year contract as head coach of Watford, the Italian previously responsible for the biggest teams in Europe, including winning the Premier League with Leicester, the Super Cup with Valencia CF and the Italian Cup with AC Fiorentina .

In England, Ranieri changed his tactics and form to a rigorous 4-4-2 that put intense pressure on with two strikers to regain the ball. In possession of the ball, Ranieri’s team tried to play long direct balls in Jamie Vardy, which they achieved with great success as they achieved the highest long ball success rate in the 15/16 in Europe.

Leicester weren’t a team that had the quality or desire to play from behind as the highest possession was recorded against West Bromwich Albion with 52% possession, 18 totalNS across the league over the season. However, due to the change in quality and style of the Premier League in recent years, teams were expected to play expressive, offensive football that would delight the masses.

Since taking charge of Leicester, Ranieri has modernized his tactics to be a high pressing team attacking with multiple players. The formation, however, is the same as that of Sampdoria, which he often entered with a 4-4-2 system. He was trying most vigorously to create an impenetrable block that allowed defenders and midfielders to advance on the field, making offensive transitions difficult for different opponents. Overall, his optimization of the system has made it possible to rejuvenate his tactics to match the current Premier League.

How can Ranieri integrate current players into its system?

Similar to Leicester, Watford has a more experienced, older team that is ready to perform. Similarities like Danny Rose, Mousa Sissoko, and Ben Foster share the same intelligence and experience as Danny Simpson, Robert Huth, and Wes Morgan.

The most striking resemblance is Ismaila Sarr and Mahrez, who are both left-footed by nature with great skill, agility and speed. Sarr started the season with 4 goals in 7 games and is a huge threat to any team. Ranieri’s main job will be to continue this excellent form and bring Watford to the table. Hopefully Claudio Ranieri’s experience, management and knowledge will bring the best out of average players and try to bring Watford up in the Premier League.