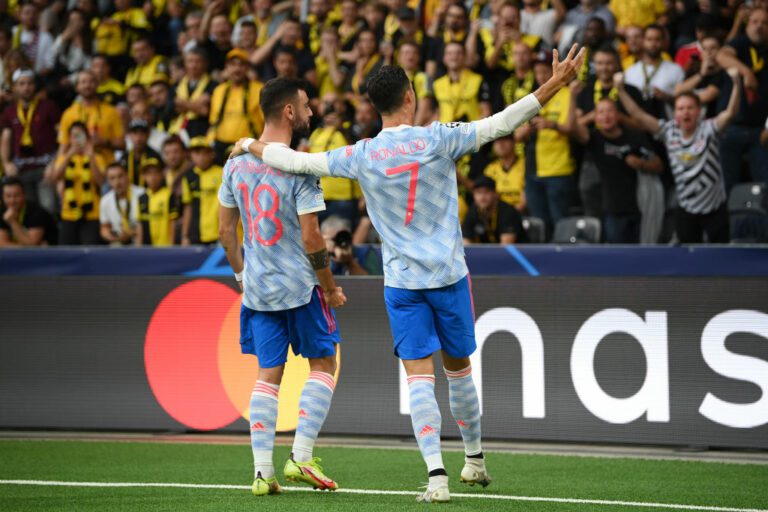 After his last hat trick for Portugal, Ronaldo was extensively praised by Bruno Fernandes for his hunger to keep collecting records and titles.

Yesterday Bruno Fernandes had front row tickets to see another Cristiano Ronaldo show against Luxembourg. With the hat trick he scored, there are 8 goals against this national team. However, his three goals let him increase the number of goals he scored for Portugal to 115. No other player in football history has achieved more than Ronaldo, and probably no one ever will. What the Manchester United star does is just amazing.

Any criticism of him for too many penalty shoot-outs doesn’t even apply to Bruno Fernandes. In his view, Ronaldo deserves every single praise he gets for achieving such massive stats. When asked about the whole criticism, Bruno is apparently defending his captain and good friend. He knows Portugal would not be where it is now if Ronaldo hadn’t done all of what he has done over the years.

Bruno said that aloud The mirror: “It’s the same. Ronaldo is hungry to break more. He said something very interesting once. He said it’s not him who follows the record, but the records that follow him. And I start to think that it’s true. Because his ability to score goals is impressive, his ability to be in the right place is impressive. Say what you want. Easy goals, not easy goals.

“There are no easy goals. You have to be there, you have to feel it, you have to have the feeling for the goal. He is in the right place and scores. Even in the right place, it’s hard to score. There are those who fail, he does not fail. [It’s] of course not good enough. We should have more points, we could have more points. It is what we have. We have to be excited about what we can do from now until the end of the season. We still have a lot of games ahead of us, we haven’t lost anything and we have to keep fighting for everything. “