Kaká spoke to MilanTV ahead of the crucial Champions League game for the Rossoneri on Wednesday and talked about his past in the competition.

Milan entered Wanda Metropolitano’s field on Wednesday and knew that anything but a win would send the Rossoneri out of the Champions League before the end of the group stage.

Before the game, Milan legend Kaká, one of the most important players in the history of Diavolo, especially in UCL, sat down for an interview with MilanTV:

On his debut goal against Club Bruges: “That goal at the end of the game… Cafu played a cross and I scored it in a typical way. After that, I would normally hit the ball this way. That was my first goal in the Champions League and it came in Bruges. Unforgettable. I think I can say it was way better than I dreamed, I scored my first Milan goal in a derby and then my first Champions League goal came that way. I never thought that something like this could happen to me.

On the 2005 defeat against Liverpool: “I think the 2005 final was one of the best that the Champions League has ever played. Unfortunately we lost it. It was very difficult for me back then not to win because I knew how difficult it was to reach a Champions League final, that defeat was really tough. It taught me a lot, it made me grow a lot both as a person and on a professional level, but there were always these doubts – will I play another Champions League final? Can I win this trophy? The following year, 2006, we lost to Barcelona in the semi-finals. Those two years have been really difficult. There were doubts as to whether we could win the Champions League again; it was a roller coaster ride of emotion that culminated in victory in Athens.

To win 2007: “2007 was the best year of my career in terms of results, both on a collective and personal level. To be the top scorer wasn’t my primary goal, but Sheva had left in 2006 and Carlo Ancelotti had changed my role a bit so that I could play a little higher and closer to Pippo Inzaghi. So I became second striker and finished the 2006/07 season as the top scorer in the Champions League. It’s wonderful because I see all of these players becoming top scorers today and it’s really difficult to score 10 goals like me and win the Champions League and be the top scorer, so it’s great that I talk about it can.

To the semi-finals against Manchester United 2007: “The semifinals were really something special. Scoring two goals at Old Trafford and not winning this game shows how hard and difficult it is to play in the Champions League, but it was certainly one of the best goals of my career, a very special goal for me. The good thing about not seeing the first leg was the fact that it gave us extra motivation for the second leg in San Siro. We knew we were up against a very strong team with a lot of talented players, but we were very confident that we would make it, so ‘the perfect game’ as it is called in Italy was really an unforgettable game for all Milan Fans.

In the 2007 final: “Finals are always complex affairs with a lot of emotions. There were doubts after what happened in 2005. The fear was that it could happen again against the same opponents. When we scored the first goal at the end of the first half there was already a rush of intoxicating emotions but we knew the game wasn’t over and then I passed the ball to Pippo who scored that goal where the ball went under the goalkeeper and when it went in, we were all so tired that Pippo and I were the only ones who initially celebrated together. Then we met all of our other teammates as we made our way to our half of the pitch. Everyone wanted to win this game and avoid repeating what happened in Istanbul so we had to stay very focused because we knew what could happen, but this time it wasn’t … happening. Five minutes later, however, the final whistle sounded and Milan had won the Champions League in 2007.

To the emotions of the Champions League: “Raising the trophy is the final act, at that point it’s all over. Ultimately, the best thing about the Champions League is the games. The group stage, playing away and going on the pitch, facing these obstacles, winning them and overcoming them. If you hold the trophy in your hand, you can say that you made it: “This is mine and my name is now part of the story”, and that applies to the team, the country and at European and international level. “I am part of football history”. It’s fantastic to be able to hold it in your hands and say, ‘I won it’. “

About Ibrahimović: “It’s great to see champions play for as long as possible and make the most of those moments on the pitch like Zlatan does. To see him still play in the Champions League is really a request. “

On the Milan jersey: “Wearing the Milan jersey is still something special. Every time I put it on at home or on the go, wearing the Rossoneri jersey is a unique feeling and playing a Champions League game makes it even more special because you know how important it is to the fans, to them Team and what concerns the Champions League. When you wear this jersey, you have to go above and beyond with your performance because you represent one of the greatest clubs in the world. 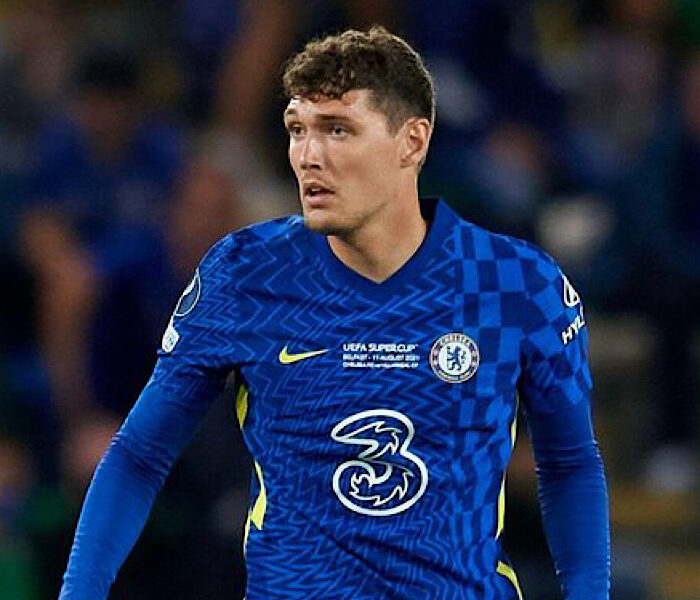