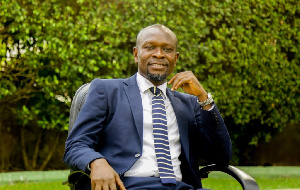 Speaking to Onua FM, president of the One League division, Bofoakwa Tano said he wasn’t surprised at Akonnor’s sacking as he’d been campaigning for it lately.

“I wasn’t surprised when news broke that CK Akonnor has been sacked as the Black Stars head coach. I campaigned for CK to be released because I didn’t understand why, ”he said.